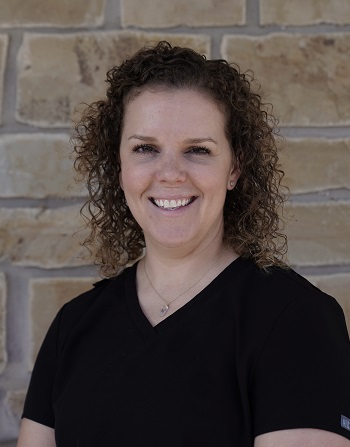 Christin (AKA Sissy) grew up in Jacksboro Tx, then went on to get her bachelor’s degree in Kinesiology from Tarleton State University in 2011. After several wonderful years in Granbury working various jobs from, restaurant manager, to feed store associate, to personal trainer and Crossfit coach. She decided that her true calling was in Physical Therapy and was accepted to Weatherford College’s PTA program. While in the program, her boyfriend Thomas got a job at Tyler Fire Department and then proposed under the Christmas lights. Of course, she said yes, so as soon as she graduated in May 2017, she and her dog Nelly packed up and moved to Yantis. Sissy and Thomas got married in September 2017 and she started at ETPT in December 2017. In her spare time, she enjoys spending time with her husband and their dogs, running and doing Crossfit and going shopping in Canton.